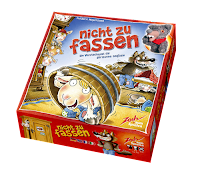 "Nicht zu Fassen" alias "Cache Moutons" for the French, has been nominated for the German Children's Game of the Year. At the end of the month, the final decision of the Jury will be known.

Among all contests, this one is the most prestigious, especially for the "Game of the Year". To give childern's game a chance, the organisators have added a childern's price too, since 2001.
A nomination and even better the first prize is much envied in Germany.
In contrary to contests for game designs where authors are rewarded, this contest is a reward for the game as a final product : not only the concept of the game, but also how the game is realised : the clarity of the rules, the design of the game box and its components.
In this regards, Zoch Spiele, the editor, did an excellent job and I'm very glad about it. 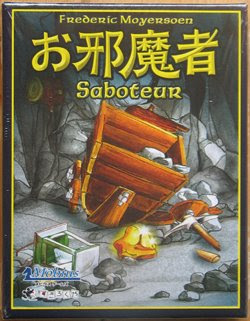 From now on, the game is also available in Japan.
No comments: