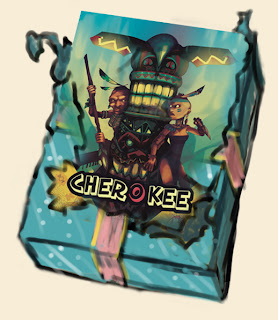 The ink of the Saboteur extension is still drying as I can announce a new release for end of May. The name of the game is Cherokee.
It will be an exiting card game for 2-4 players.

The total sales for Saboteur has now reached 350 000 copies.
France has beaten Germany with 90 000 against 83 000 sold copies.
The third place goes for the Netherlands with 38 000 sold copies, which is not bad for such a small country. 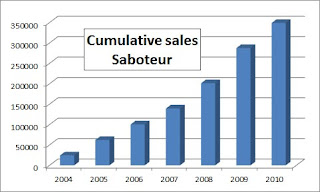 To compare: my next best selling game Lari Safari, which is nearly out of stock, has reached 21 000 sold copies since 2005. Nicht zu fassen, which has been launched in 2009, has reached 17 000 sold copies. As the game is only available in Germany and France, this explains the big sales difference with Saboteur.
1 comment:

Here you see the American version. 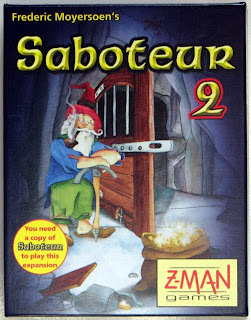