The first demos are very promising. Apparantly, people are intrigued by the theme of the game.

On the picture, you see the abbess and prioress walking away after having detected and caught novice Theresa (me) in the chapel. 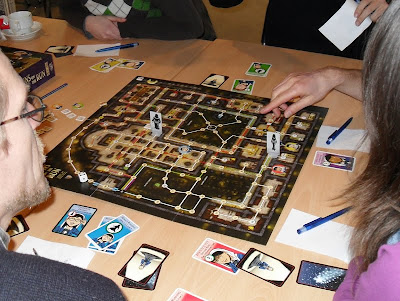 Cache Moutons, the French version of Nicht zu fassen has been nominated for the As d'or award.

The game is still in competition against 9 other strong games, like Smallworld from my Belgian friend Philippe Keyaerts. This will be a tough decision for the jury and big suspense for me. 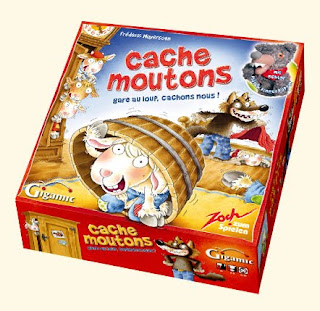 The international release of Saboteur in new markets as Canada, Australia, Japan and China gave a new push to the game. The game is actually distributed in 18 different language versions.

Compared to last year the sales increased by app. 40 %. The counter is now at 290 000 sold copies. Big sales for such a small game.
Let us imagine that on average 5 persons played the game per sold copy. This means that probably 1 450 000 persons already played the game. Isn't it amazing?

Nevertheless, half of the sales are still for the account of only 2 countries : Germany and France. In Belgium, sales must be around 20 000 copies. I've no exact accounts as the game was first distributed by Holland and France.

Look at the graph below and judge yourself. 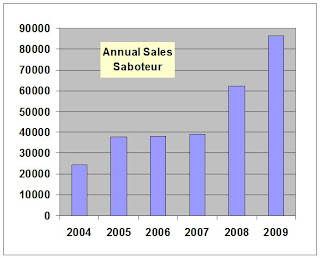