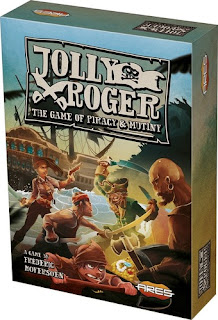 A new nice card game for 4 to 10 players is in production for september. It will be released by the Italian publisher Ares.
On the website of Ares, you can read an interview and get extra info.
No comments: