The shooting of the trailer is finished and now I'm busy with the editing.
Here is a first picture as a teaser. 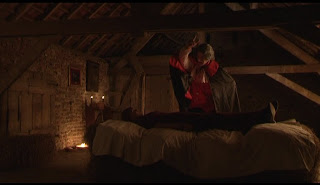 - The trailer was shot close to Borgo Pass in Roumania.
- The actors were selected among the most talented Belgian stars.
- The crew was the "crème de la crème" of the professional filmmakers.
- The original budget was surpassed ten times.
- The producer has expended all his savings due to excessive extras, like a private jet for Van Helsing.
- The director, which is the same person as the producer, got big family problems as his wife had to clean all the mess at the end of the shooting.
- The release of the game is postponed to october in order to allow finishing the editing in time.