The Dutch version of Saboteur: the duel is released by 999 Games. This game has been designed for 1 and 2 players. The other language versions are in preparation and will be released in 2015. 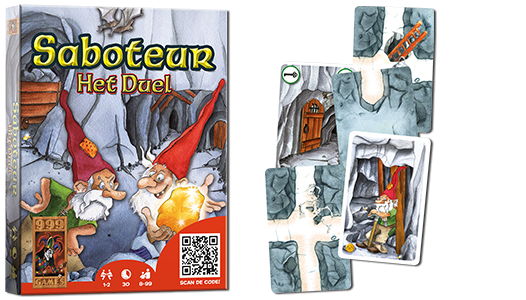 Which game could I recommend you?