On 26 November 2016 the first Saboteur World Championship was organized in Budapest (Hungary). 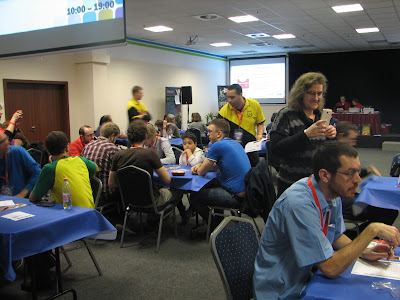 After preselections in different countries, there were 30 people selected to participate. 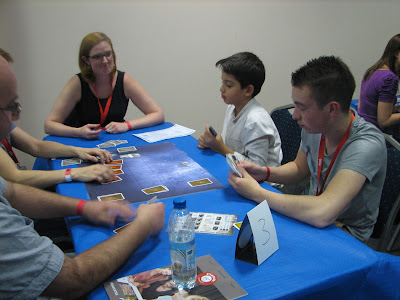 The youngest participant was Ali Efe Artkin, 11 years, from Turkey. He was accompagnied by his mother, teacher and the Turkish distributor of the game.

First the players played 4 games by switching their positions at the different tables. In this way, the players got the opportunity to show their skills to all other players. At the end, Ritsuto Konno from Japan was leading with 27 points while the last one had gathered only 2 points.

The final table was reserved for the 6 players with the most points. Players had to play a game of 4 rounds. The finale was particularly challenging. The players were discussing and negotiating the whole game in order to detect the 2 saboteurs and selfish dwarf in each round. This brought the game at a new tactical level which I never experienced before. The finale showed the same tension as during a Poker game. Bluffing and guessing the cards of the other players became the new key elements. The suspense was strong and increasing as the game progressed. 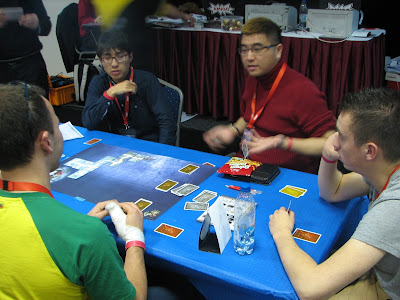 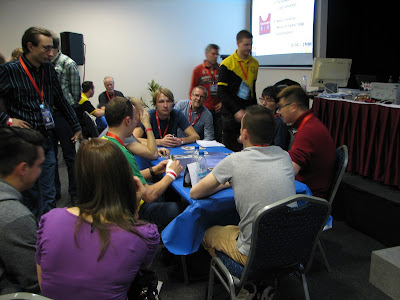 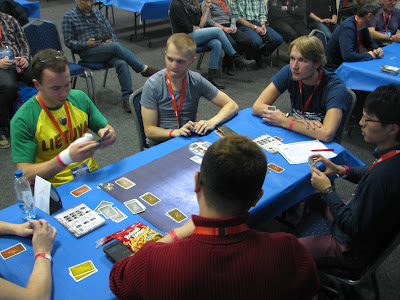 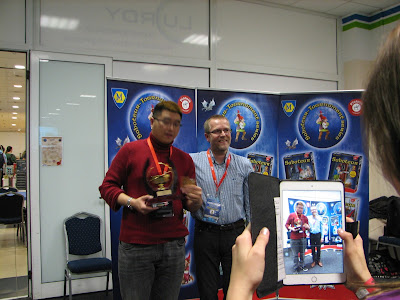 Finally, Steven Chu Chun Hin from Hong Kong won the game and became the first world champion of Saboteur. According to his observations, his social skills helped him to propose interesting deals to the other players which were also at his advantage too. 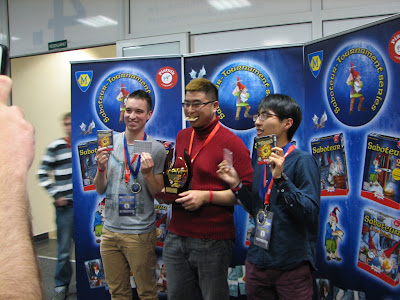 i Love this game. This is the best party board games for all time. Thanks a lots for introduced this game.